The move towards clean energy is in full-effect. Not only are electric alternatives for transportation winning terrain in the public eye, legislature is being amended as we speak to favor more responsible alternatives for power worldwide. We slowly seem to be getting that we need to do better than simply burning carbon. 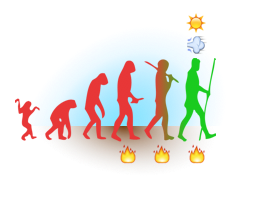 With advances in battery technology, a range of new opportunities are opening up. One of the exciting opportunities is to be found in the grid where electricity, classically regarded as a perishable, is morphing into a commodity fit for warehousing.

There are numerous accounts of buffering electric energy by pumping water into reservoirs to be drained at a later moment when power is demanded. However; such solutions always go hand in hand with significant losses which are suffered during pumping.

Today’s power plants are quite inflexible, they are not capable of quickly responding to fluctuations in demand. The reasons for this boils down the physics and economics of the processes involved.

The inflexibility in the grid isn’t always as much of an issue of time as it an issue of quantity. Spinning up a generator in a power plant to meet increased demand is usually done in about 15 minutes or less, but when a generator allows production of energy in chunks in the orders of megawatts you may find yourself in a situation where there the granularity in regulation is too coarse.

Grid operators want a network that is in equilibrium meaning that demand and supply are properly matched. The deviation in the frequency of the alternating current on a network is often a telltale sign of the situation the grid is in with regards to equilibrium. If the output power remains constant but the load increases, the generators will spin a bit slower leading to a lower grid frequency and vice versa.

We, humans, have come up with a number of solutions to solve this problem. Pumping water into reservoirs when there is plenty of power in order to run it through a hydroelectric plant whenever the energy is needed is one of the methods used.

Another method involves hiring third parties to provide a buffer which sinks or sources energy on request by the grid operator.

With the increasing variety in electric vehicles and batteries available, interesting opportunities emerge.

Imagine subscribing your Tesla Powerwall®™ to a service which ensures there is always a certain amount of energy available for private use, while charging itself when power is abundant and discharging itself into the grid when shortages occur. Imagine subscribing your new Model X to a service that ensures you always have a given range available, while offering the remaining capacity of its battery packs to serve the greater good.

With this model every household containing a battery pack and every electric vehicle becomes part of the grid, capable of both consuming and producing energy. With sustainable power sources involved, this could mean a greater flexibility in responding to the volatility of such energy forms and at some point that could even change our reliance on more traditional power plants.

Stationary storage is the term coined for the solutions, generally fixed to one location, that provide energy warehousing services with capacities in the order of several megawatts. The mobile assets are referred to as the vehicle-to-grid or V2G solution and generally exists out of electric vehicles. EV’s individually offer capacity in the order of several kilowatts, but when collectively managed this provides a quite flexible pool that could offer the capacities provided by its stationary counterpart, provided that the fleets are large enough. At TMH we’re engineering solutions that should facilitate the operation of both stationary and mobile storage assets.

Reliability is an issue that plays a rather significant role. Upon committing to a contract, the system has to deliver. For a operator that manages a single asset that is just a matter of ensuring that the asset is operating at the agreed upon time, but in the case of units that are moving around and may inadvertently breech contract we may have to allocate sufficient reserves in our network.

Another point that enjoys a great deal of attention is the architecture. How do we negotiate deals between assets. Will we attempt peer-to-peer negotiation? If so, how do we isolate malicious units on the network (e.g.: a battery that is failing and keeps offering power which it can’t deliver)? Alternatively, if we handle all of our offers and requests through a marketplace, how do we distribute it as such to allow for the maximum throughput while still providing the mechanisms necessary to perform transactions between the parties exchanging offers and requests? Are the transactions even necessary or is there a design imaginable that avoids the need for this? Do we make our smallest primitive unit (whatever is behind a single inverter) as dumb as possible in order to work out logic in the network or do we go for smarter units and a dumber network? How do we ensure that the system restores to normal operation after a network partition or god forbid a unexpected shutdown of a portion of our network. How do we accomplish this while providing a solution that is well organised, in order to allow us to comprehend the inner workings and quickly troubleshoot issues as they occur?

In between the Tesla, the Nissan Leaf, the plethora of charging stations in the basement, the number of instances churning our software on AWS, the many papers I still want to read on several topics, including particle swarm optimization, and our many ideas that deserve to be explored; there are still a lot of dots to be connected.

A stationary storage plant with our system is in the pipeline and the deadlines are darting at us at speeds quite unimaginable. Everyone is excited about this big step for us and the hell fire is burning in the engineering department – figuratively, of course and if the temperature is ever truly unpleasant it is probably caused by our overheating organic and electronic brains.

Every time Andi (our CTO) utters the phrase “No pressure”, he does that with a smirk that can only accompany blatant sarcasm. We recently decided to start discussing some of our technical puzzles and solutions on this blog. I’ll try to keep up but reading papers and crafting solutions takes so much time.